If They Were Black… 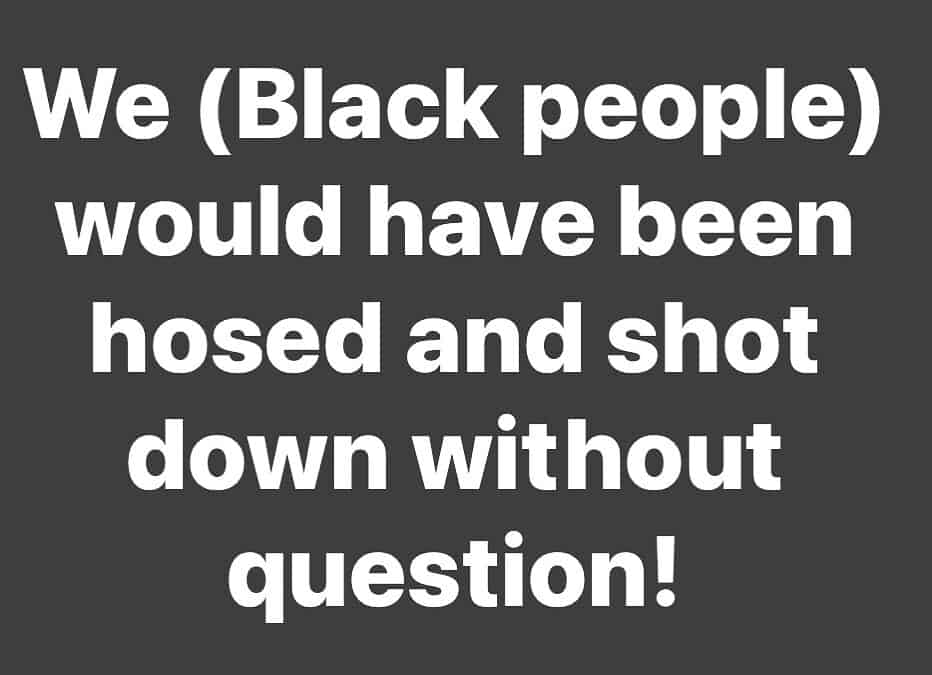 If They were Black…

No rubber bullets
No riot gear
No handcuffs
No gunfire.
No show of force present as we witness during the Black Lives Matter protests after the murder of George Floyd.
They stormed the Capitol!

They are terrorists! Let’s call them who they are.
They are brazen.

They took selfies, and some, which included police officers posing with the homegrown terrorists within the Capitol building.
Rioters looting, breaking down doors, breaking out windows, climbing up walls, occupying offices, storming the chambers.

Where was Homeland Security? Where’s the executive leadership of the ending administration?

This is White Privilege.